The Sky Valley Historical Society Museum, located on the second floor of the Sultan Post Office at 102 4th Street, is open from 1 to 4 p.m. every Saturday. 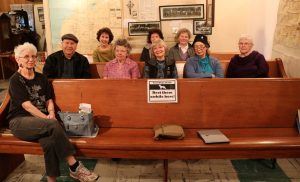 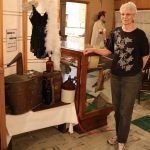 Sky Valley Historical Society is based out of the Sky Valley Museum located above the Post Office at 102 4th Street in Sultan.It all began in the 1960s when an energetic group of community members came together once a month meeting at one another’s homes collecting donated artifacts from people in Sultan and the Sky Valley. Mabel Coon served hot buttered rum and that could have been the glue that kept them going.

In the 1980s they were invited to move the museum in the empty space above the Post Office, where they reside today. As donations came in, they cataloged every item. Since the building was built in the 1950s by volunteers, the group feels it’s appropriate that the Historical Society and Museum are part of it.

“When we first moved up here, there were tools all over the floor; farming and logging tools and that was the museum. We grew from there,” said President, Iris Jensen. 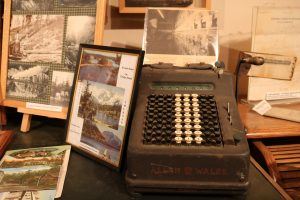 The museum showcases a treasure-trove of Sultan’s vibrant heritage including, logging, farming, mining, banking and criminal justice, and even has seats from the first theater in Sultan. The society is very proud of the recent donation of a Roaring 20s display that came from Gold Bar.

Since the Gold Bar museum closed, its artifacts were all given to the Sky Valley museum and as Iris meekly put it, “We’re full up, we have to start saying no to donations unless they’re really related to the Sky Valley.”

Emeritus President Kay George was very involved in fundraising for the museum, working tirelessly with Iris for 10 years, creating the face of the museum in those days. They invited Sultan Elementary School students to the museum regularly. They went to Wenatchee to see the Pickett Show and brought it to Sultan High School and filled the commons. The Pickett Show was a dispute between Great Briton and the U.S. in the 1859 in the San Juan Islands about the shooting of a pig, hence; The Pig War.

They worked with Sultan High School students to record intergenerational interviews with local, seasoned residents, which they have on disks and are for sale.

They sponsored the local Rock-A-Thon Fundraiser to raise money for members to sit beside the highway and rock in a rocking chair.

Since the beginning the Sky Valley Historical Society has given tours of historical homes. To further this project, Kay’s company sponsored three title searches on older homes in Sultan.

They were fortunate to receive a new laptop donated by Steve Yarborough, the Gold Bar Geek, to replace the one stolen when the museum was broken into. Now they can continue cataloging all of the items.

When asked what they need, they commented that a new chair lift for the stairs would be appreciated. They do have a virtual tour for visitors who can’t make it up the stairs, bringing down a book for them to look through.

The Sky Valley Historical Society’s next goal is to feature display cards next to each exhibit explaining what it is.