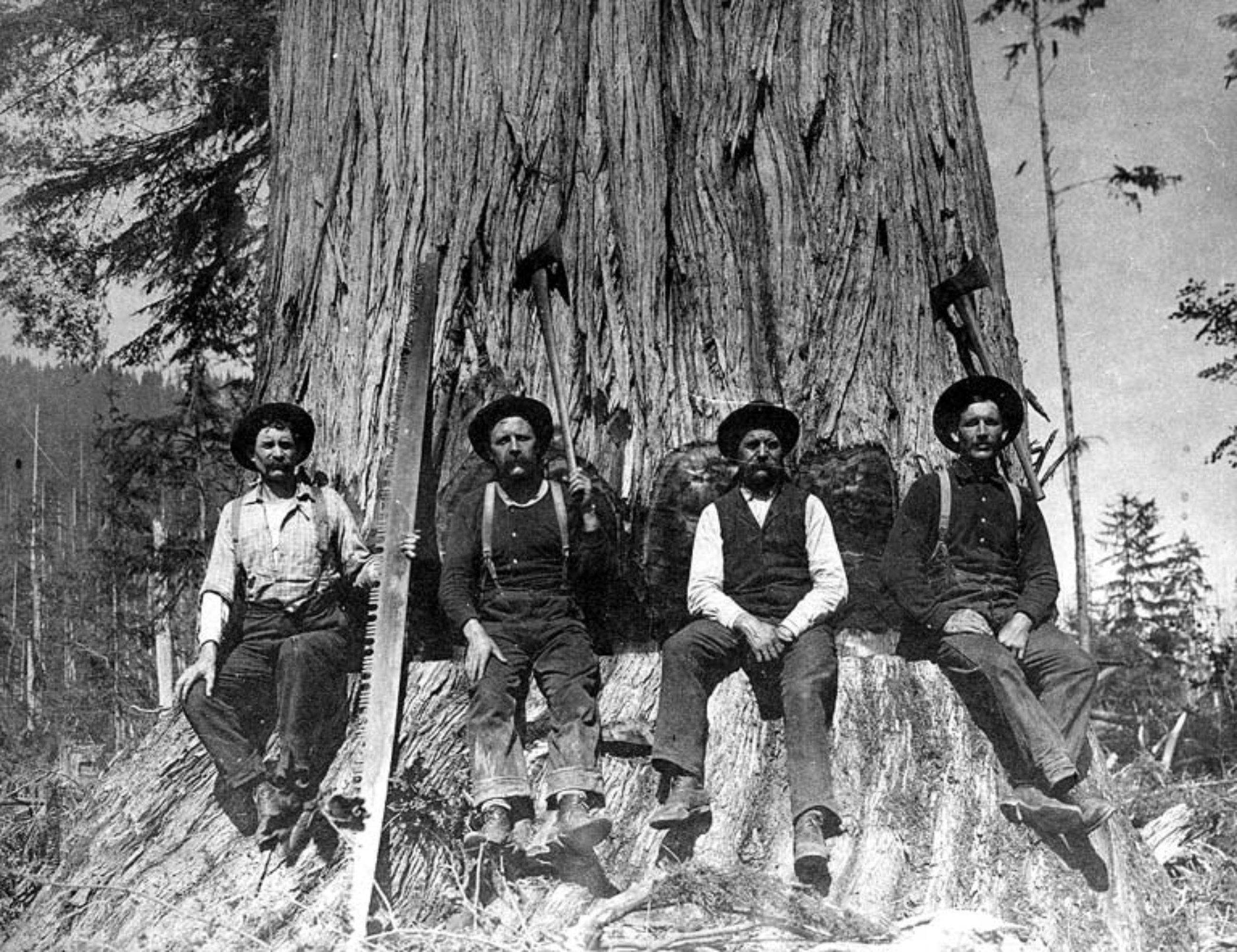 Sultan was formed at the confluence of the Sultan and Skykomish Rivers by European settlers in the 1880s when gold was found nearby. The City’s location is historically important to the community, first as a native american village and then as a logging community.

By 1891, Sultan City played an important role in the building of the Burlington Northern Railroad, which runs east from Everett adjacent to the Skykomish River. During the railroad construction, Sultan was as a supply station employing (at times) over 800 men. This boom brought many new businesses to the area, and in 1905 Sultan incorporated.

The town was named after the local native american Chief Tseul-ted, but settlers mispronounced the name as “Sultan.” 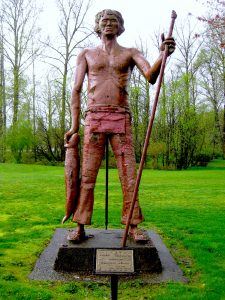 June 28, 1905, the town of Sultan in Snohomish County is officially incorporated as a town of the fourth class. The voters of the small logging community, located at the confluence of the Sultan and Skykomish rivers a few miles east of Monroe, unanimously approved incorporation on June 10, 1905, and also elected their first mayor, Hartford M. Meredith (1840 to 1907), and other town officials.

For many generations the place that would become Sultan was home to the Skykomish Tribe. Tribal members lived along the banks of the Sultan and Skykomish rivers and had a large, permanent village at the rivers’ confluence.

Discovery of gold drew non-native american settlers to the Skykomish valley as early as 1869, and in the 1870s placer miners were working the banks of the Sultan River. A rich vein discovered in 1878 attracted more prospectors, and a community began to form. Settler John Nailor and his wife claimed land at the mouth of the Sultan River in 1880, opened a small store, and built a ferry and the Pioneer Hotel, catering to prospectors, visitors, and a growing number of loggers, farmers, and ranchers.

Fifty settlers signed a petition in 1885 to establish a post office, and Nailor became postmaster for the settlement they called Sultan City, after the river on which it was located. The river in turn had been named to honor a local chief, Tseul-tud (sometimes seen as Tseul-Dan), his name anglicized to “Sultan” by the newcomers. 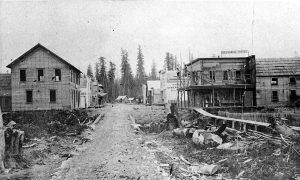 From Mining to Logging

William B. and Agnes Stevens arrived in 1889 and bought 20 acres of the Nailor homestead. William Stevens filed the first plat for Sultan City, which was dedicated on October 19, 1889. Stevens also purchased the Pioneer Hotel. During the laying of Great Northern Railway track in 1891 and 1892, Sultan City was the site of a railroad supply station employing about 800 men at the peak of construction. River steamers made regular runs between the settlement and down-river locations.

The nationwide economic panic of 1893 slowed the growth of the young community, but its residents were quick to cope. They shortened the town’s name to Sultan in 1894 and established the Sultan Millsite and Improvement Company, which they hoped would entice new business. An Illustrated History of Skagit and Snohomish County, published in 1906, tells it this way:

Water rights and rights-of-way were located, ditches dug and flumes installed and a small tract of land within the town limits was purchased. Then a lease of this ground and power was offered as a subsidy to any mill company which would install a plant. Keef and Perkins, of Machias, accepted the offer and immediately erected a double block shingle mill, employing sixty to seventy men. The mill prospered, new mills were added, and Sultan threw off the incubus of hard times and became a substantial, growing town (Illustrated History..., 367).

Although small-claim placer miners continued to work the banks of the Sultan River, it was clear that Sultan’s best prospects for the future were in logging. 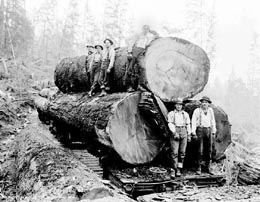 A Town of the Fourth Class

By spring 1905 - with better economic times and a population of about 400 - Sultan citizens began talking about town incorporation. Although only a small number of voters went to the polls on June 10, 1905, they unanimously (42 votes) approved a measure to incorporate Sultan as a town of the fourth class. Papers were filed with Snohomish County on June 19, and on June 28, 1905, the designation became official under state law.

Industries at the time of incorporation included the Sultan Logging and Railroad Company, a camp of the Wallace Lumber Company, the Creekwood Manufacturing Company (wood products), a number of shingle mills, the Commercial Trout Company, and the 45 Mine. The town was also the site of a state fish hatchery.

The Sultan town council held its first meeting on August 8, 1905, assigning term lengths (determined by drawing lots) and creating standing committees for licensing, ordinances, and streets and public works. A printing committee was formed to procure record books and a town seal. At the time of incorporation, the town had a newspaper, the Sultan Journal, which in September 1905 was succeeded by the Sultan Star. 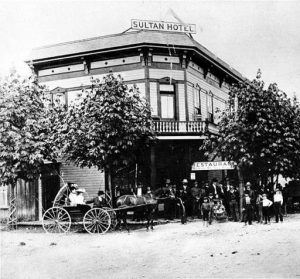 Logging dominated the Snohomish County economy in the 1920s, and Sultan companies faced stiff competition. When the economy was slumped at the end of World War I, the county’s population growth slowed and in its smaller towns - Sultan, Gold Bar, Granite Falls, and Index - population decreased. Sultan voters went to the polls in June 1920 to reduce the town’s area. With overwhelming voter support Sultan became smaller, its new boundaries registered with the state on June 30, 1920.

During the Great Depression, the Sultan area was the location of several Civilian Conservation Corps (CCC) projects. These included the 1923rd Company Veterans Camp, which later served as a state fire-crew base, then as Sultan’s city hall, and eventually as a river-access park. 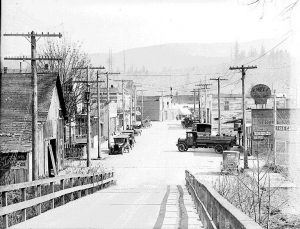 In 1952 the state Census Board estimated Sultan’s population at 820, and between 1958 and 1973 the town expanded its boundaries through a series of annexations. By 1970 the population had reached 1,110.

Sultan witnessed a huge, three-day population explosion starting August 30, 1968, when the Sky River Rock Festival and Lighter Than Air Fair - one of the first multi-day outdoor rock festivals in the U.S. - opened at a farm near town, drawing nearly 20,000 attendees. Performers included:

When the festival ran out of water, the town of Sultan provided some, but town-council minutes later noted that local officials did not intend to make this a yearly event.

By 1998 Snohomish County was one of the fastest-growing counties in the state, with new residential and business development replacing farms and logging operations. An hour-and-a-half drive north of Seattle and not far from Stevens Pass, Sultan was ideally located for recreation and it joined other quaint small towns along Highway 2 in catering to hikers, climbers, boaters, and campers coming to the Wild Sky Wilderness Area, the Pacific Crest Trail, and the Mount Baker-Snoqualmie National Forest.

In 2016, Office of Financial Management (OFM) listed the town’s population at 4,860. As of 2014, the Sky Valley Historical Society operated a museum of local history, located above the post office at 4th Street and Main Street in Sultan. 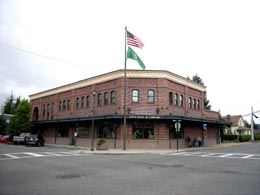